Imran Abbas is all set to make his mark in the International film scene. 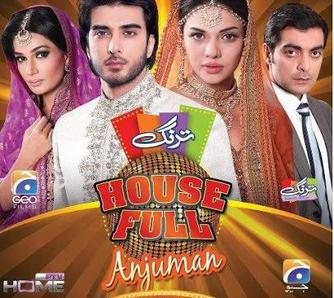 He made his Lollywood debut in 2013 with romantic drama Anjuman, a remake of the 1970 film of the same name, opposite Sara Loren. It was directed by Yasir Nawaz and indeed, was a commercial success. Other than that, he has worked in a film called Abdullah: The Final Witness. It was selected to be screened at the Cannes Film Festival 2015.

He has made appearances in multiple Bollywood films.

Throw back… Fun time at the shoot of CREATURE. .

Although Imran Abbas started his career as a TV actor, it didn’t take him long to shift to films. He has worked in multiple Bollywood films. His debut Bollywood film was opposite Bipasha Basu, called Creature 3D.

After that, he starred in a love saga, Jaanisaar, opposite Pernia Qureshi.

With Karan Johar and Anushka at the shoot.

Imran Abbas is going to star in a British feature film now.

Recently, this news came out that Imran Abbas has signed a British feature film, The Trojan Horse. This is his first ever English film. He will play the lead protagonist, a spy from a Syrian-Turk descent. He announced this great news on his Instagram account.

I’m extremely happy to announce that I have signed on a British English Feature Production, “The Trojan Horse”! I will be playing the protagonist role of a Syrian-Turk Spy in this exciting spy thriller series, alongside other Hollywood actors in the UK ,Europe and Turkey. Really looking forward to representing Pakistan in the most positive way and I hope that I can make myself and everyone who is anticipating for this show, extremely proud.

While talking to The Tribune, he said,

“I have many get-ups in the film and I will be seen in about six to seven disguises as I play the lead protagonist.”

“I will be taking a break from local productions but I will return after my gap as international projects require immense dedication and commitment.”

The shooting of the film will start in July with longer shooting spells in October this year.

We cannot wait for this film. All the very best to Imran Abbas.

Previous Post: These Funny Tweets And Memes About Ramzan Will Make Your Fast A Little Easier
Next Post: Fun Activities for Kids this Summer!